It was not a game for the faint-hearted. Our WSL set out to avenge a previous humiliation by Glanmire in the National Cup back in 2016, and the opposition were not making it easy for them.

During the first quarter of the game, Glanmire’s Shrita Parker owned the court. She simply could not be stopped, and provided the Killester fans with a heart-stopping performance, scoring 11 points in the first 3 minutes, and within 5 minutes, Glanmire were 16 points ahead.

It was far from game over, though. Killester answered with an 8 point run, and left the score at the end of the first 26-19.

The second quarter saw the Killadies starting to settle into their stride, big threes from Mimi Clarke, Ash McCann and Rebecca Nagle combined with the relentless drive of Adella Randle El pushed up Killester’s tally. It was end to end play, and the halftime buzzer went with Glanmire up 44-38.

In the third quarter, Killester continued to build on their momentum, and were ahead by 8 one minute from the end. Glanmire’s other American, Tatum Neubert, who had previously gone out injured in the second quarter, checked back into the game, and reduced the lead to 6.

Neither team took their foot off the pedal at any stage in the fourth quarter, and it was a battle to behold! Glanmire went on a 10 points scoring run, led again by Parker, and they were now up 70-65. Killester were in foul trouble early on in the quarter, and the entire arena was on the edge of their seats for the remainder of the game. The combination of Christa Reed and Adella Randle El once again proved invaluable, and Killester were now leading by 5. Glanmire answered every ball, and with three minutes to go, the game was all square at 75 points a piece.

Christa Reed got Killester back in the lead, only for Parker yet again to bring the teams back to a tie. Mimi Clarke pushed Killester ahead with 2, and Ash McCann got the Killadies up to a 5 point lead. Neubert closed the gap with a 2 pointer that just beat the shot clock.

Everyone thought it was game over, but then, there was some debate among the table and the referees. Mary McGuire wondered aloud on the commentary whether Glanmire were owed 2 shots for a foul on the buzzer, and whether 2 seconds would be added to the clock! The decision was made to put 0.5 seconds back on the clock, and Killester called for a time-out.

As what felt like the longest time-out in history ended, the players went back on court, and Michelle Clarke was to inbound from the sideline, as the clock then went back up to 1.5 seconds, and then eventually settled on 0.9 seconds, before the game could restart.

Christa Reed intercepted the shot, and was fouled just as the buzzer went, but the game was called and the Killester support could finally go wild as the Pyrobel Killester Women’s Super League team were declared winners!

They will now face another Cork team, Singleton SuperValu Brunell, in the Final.

Basketball Ireland have a recap of all the semi-finals action at the weekend here, including an interview with Women’s Super League head coach, Karl Kilbride.

If you want to re-live the nail biting drama of it all, click the link below:

Tickets are currently sold out online, but there should be another batch available, so please check here.

The next WSL league game takes place on Saturday, January 18th vs Marble City Hawks in O’Loughlins GAA at 5pm

All images courtesy of Sportsfile/Brendan Moran 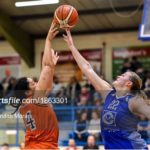 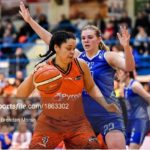 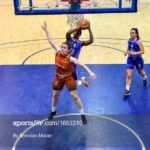 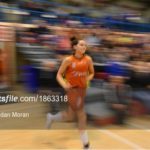 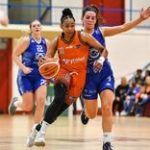 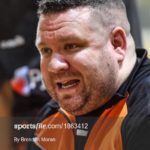 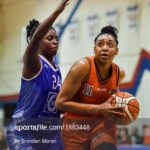 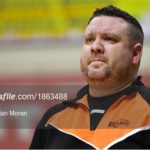 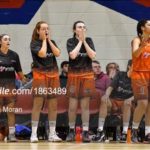 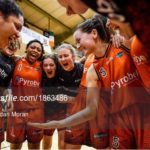