The final home game of 2019 was another Northside derby with local rivals DCU Saints coming to the IWA to face off against the Pyrobel Killester Men’s Super League.

Both teams came in to it hoping to change their form after the first half of the season getting off to a somewhat rocky start. The determination showed, and the first half was a back and forth game, without either side getting more than a 5 point lead margin, and finishing with a close score of 43-40.

DCU had an extremely strong 3rd quarter, and managed to push ahead, coming into the final stretch ahead 10 points.

Killester were not giving up easily, and fought hard to close the gap. In the closing minutes, they were clawing back points, and reduced the deficit to 6 points. Some controversial decisions by court officials had the home crowd on their feet in disbelief, and helped to seal the fate of the host team, with the visitors winning the game.

Basketball Ireland has a recap of all the weekend’s action

The game was streamed on Killester Basketball’s Facebook page, and you can watch the stream here

The next MSL game is away on December 28th in Kingfisher Club, NUI Galway vs Moycullen at 7.30pm 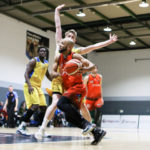 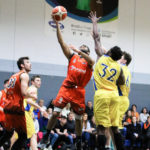 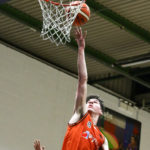 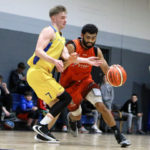 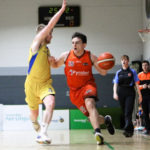