Best of luck to the Killester Super League Men’s Team as they play in the Donie Greene Memorial Tournament this weekend.

The Men’s Super League team continued preparations for the  new season down at the Donie Greene Memorial Tournament.  An opening victory over Dublin rivals Éanna was followed by an OT loss to host team, Maree.

The guys play tomorrow at 9 vs Moycullen, and again at 2 vs Ballincollig.

Having won both matches on Sunday, the Killester Men’s Super League team finished the tournament on 3-1.

Many thanks to Maree BC for hosting the tournament, and congratulations for the win. 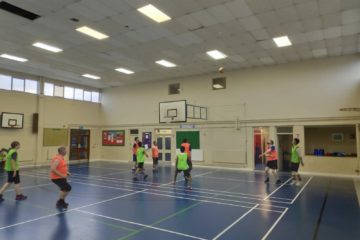 This a custom excerpt